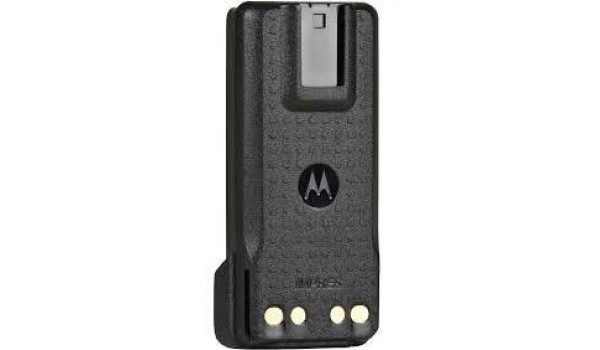 First responders and other mission critical workers demand ready and reliable two-way radio batteries. To ensure mission success, two-way radio batteries require recharging and reconditioning for optimal performance. While in the field, two-way radio users need to know exactly how much usage they can expect from their equipment, eliminating the worry about being caught on an 8-hour shift with a 4-hour battery. Motorola introduces the concept of intelligent, automated battery maintenance with the IMPRES™ Smart Energy System of batteries and chargers. Exclusive technology only from , IMPRES allows departments to maintain their two-way radio batteries at the most optimal performance. Designed and tested to operate in extreme conditions while providing the assurance of high battery charge capacity throughout a full shift, the IMPRES Smart Energy System boosts workforce productivity and departmental efficiency.

How to keep your batteries lasting longer.

How to Care for a Lithium-ion Battery

Lithium-ion (Li-ion) batteries are very stable and reliable sources of power for two-way radios, laptops and many other devices. Lithium-ion batteries are widely used because they have a high energy density, resulting in a much lighter weight than other rechargeable batteries. Li-ion have other advantages too. They hold their charge well, losing about 5% of their charge per month as compared to ~20% for nickel-metal hydride (NiMH) batteries. Li-ion batteries have no “memory effect,” which means recharging them before they are completely discharged is not an issue. Li-ion batteries can handle many recharges before the end of their useful life.

Generic Batteries, not quite the real deal

At radiotwoway.com we only sell Motorola Original Batteries, here's why:Radios use batteries that can be recharged enabling them to be used again and again. Radio batteries use up power depending on how much they are used, and what they are being used for. So, for example, if they are being used a lot to transmit,  they will run out quickly. If, however, they are only used to run the radio on standby, or for short calls and text messages, they can last for many days before needing to be recharged. Whatever the case, few people will find that a single charge lasts more than a couple of days, so being able to recharge the battery regularly is very important. OEM stands for Original Equipment Manufacturer, and these differ from non-OEM in several ways, primarily in where they are made, and who makes them.